“…You gotta remember that, I was seriously into Disco music as a club DJ also during those times, so the two genres of Country and Dance/Disco clashed in my musical mind…”

I began my musical journey listening to New York AM radio playing Top 40 hits, Soul and Middle of the Road (MOR). There was no FM band back then.

So, maybe its not a total stretch that, after I became a radio DJ myself – mostly on Top 40 stations – that Kenny Rogers ultimately became one of my topmost unlikely to be one of my favorite singers!

Originally, it was “Kenny Rogers and The First Edition”, a group from the 1970s psychedelic era. I think I first heard of them on the first commercials for aluminum cans or The Ed Sullivan show, which my parents never missed.   I didn’t really track that band as I moved in a more “black music” direction – as in Motown.   I just learned that Kenny was part of The New Christie Minstrels in the very early 1960s!

As I recall, the first Kenny Rogers song I played as part of a radio station rotation was “Share Your Love With Me” in 1980. Followed by “She Believes In Me” in ’81.  Correct me if I’m wrong and if I worked with you on the radio, but, if I’m not mistaken, we played that one and “The Gambler” in-rotation simultaneously for a while. “You Decorated My Life” was hot as I joined a Worcester, Massachusetts Top 40, doing overnights.  You gotta remember that, I was seriously into Disco music as a club DJ also during those times, so the two genres clashed in my musical mind!

Then came “Coward of The County”, a hit I had a hate/love relationship because when it was hot, I’d have to sometimes play it 3 times during my overnight shift!  It lasted long in the early 1980s on the airwaves.  “Through The Years”, those were the days of my initial Country music appreciation classes – little did I know that I’d end-up living and working in the Nashville, Tennessee music radio industry in a score.

I came to happily really appreciate and respect the music and the man, Kenny Rogers. 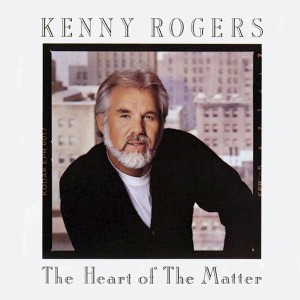 “Morning Desire” from his 1985 album, “Heart Of The Matter”.  Great vamp-til-fade guitar solo by Stanley Jordan!  I used this song as my opening theme during my brief tries at being a morning disc jockey on WBAU FM, Garden City (now defunct). It describes how I felt on many a night , when I had to leave my lover to go to work on the air.

**Please be sure to check out whats popular over at my “mothership blog”, achilliad.wordpress.com!  Thanking you in-advance.