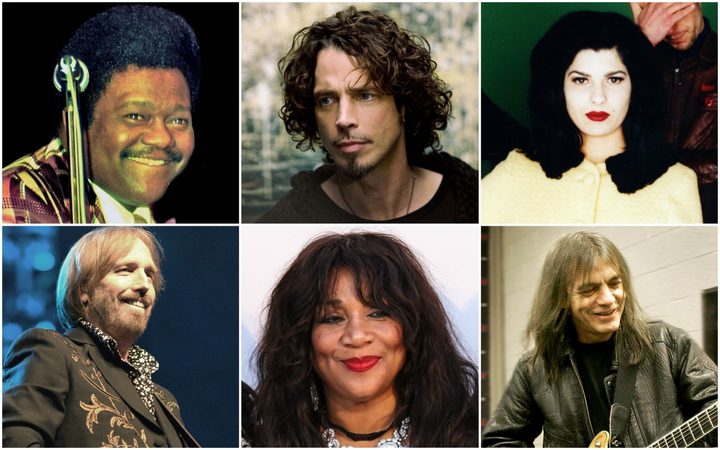 The thing about when musicians, singers and recording artists pass away to join that grand band in the heavens is, we mortals left behind can continue to hear them on our vinyl, CD, tape or virtually forever.

Having said that, the following are my notables who I will miss seeing “live” as they left the physical world in two-thousand and seventeen:

Chuck Berry – the rock and roll pioneer who I blogged about on the Mothership, www.achilliad.wordpress.com right after it happened.

Al Jarreau – not a personal favorite (his style distracted me) but he was widely popular and always a good request to play on my early Top 40 radio shows.

Gregg Allman – backbone of The Allman Brothers, one of my best rock bands of all times

Tom Petty – What can I say about this favorite who was introduced to me during my early years as a Top 40 radio DJ; Tom Petty and the Heartbreakers.  The first record I played by them on WFTQ AM, Worcester, Massachusetts was “Don’t Do Me Like That”, followed by the classic, “Refugee”.  Sad irony is that he died during the same hours of that tragic and horrific Las Vegas concert massacre on October 1st.

Joni Sledge – I think the oldest of the hit family group, Sister Sledge (Atlantic Records), one of my all-time favorite female aggregation. In spite of the commercial success and longevity of “We Are Family”, my favorite Sister Sledge songs are the ballad, “How Can I Believe”? and the Chic-produced (Nile Rogers, et al) “Lost In Music”.

Cuba Gooding, Sr. – Last, but not least on this list, best known as the lead singer of the R&B smash hit group, The Main Ingredient.  After I first interviewed him at Manhattan’s Sweetwater’s, he became a friend and hang-out partner at bars and after-hours clubs we frequented back in the 1980s and 1990s. I will write more extensively about him here, once I am reunited with my music library collection.  We have “stories”!  A great guy who I am saddened to learned died where he did. ‘Nuff said 4 now.

This is not, by any means, the whole list, but just a few who came to my jukebox-like mind yesterday, New year’s Eve.  Who are your favorite performers who we lost in 2017?  Tell us in “comments”, please.

“Have Yourself A Merry Little Christmas”